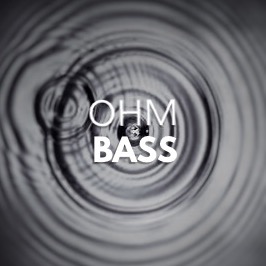 Into what moves you

Unspecific to any genre yet completely focused on the side of mesmeric music time after time, Feonix is an artist to keep an eye on. Making waves in past years with massive releases on Uprise Audio and having recently released an inspiring album with six-piece LSN, the Manchester based producer is back and sharing some of his best with ‘The Underground’ EP.

Now available to our hungry ears on Uprise Audio, the EP speaks to fans of differing styles, channeling a period of transition, and an atmosphere of well, the illusory underground. Jumping from Eastern inspired thumpers like ‘Taro’ to the subtle and entrancing ‘Losing’ featuring vocalist Simetra, ‘The Underground’ is simply put, a four part masterpiece that seems to cater to all of our musical needs.

Shifting to the darker side, ‘Doorway’ is almost familiar in its simplistic and effective intro, sculpting an atmosphere that cannot be ignored. Striking yet somehow comforting, this is the epitome of less is more.

Certain to go off in any dimly lit club, ‘The City‘s abrupt and punctual vocals stand out atop a dark yet groovy drumline, inspired by a trip to the Big Apple itself.

Ohmbass favorite ‘Underground’ is classically murky and holds perfect weight. Mid bass that could very well be heard uttered from the mouth of a creature lurking in ‘the underground’ plus menacing atmos = magic by way of Feonix.

Get your hands on the EP now on Juno Download:

Peep a mad clip of ‘Doorway’ :

And the Magnetic Magazine premiere of ‘The Underground’: